Human Analytics™ for the Digital World

“Suffice it to say, the guy is brilliant, but what excites me even more, is that he is a great person culturally to fit inside our organization.  The team will love working with him,” said Jeff Jenkins, co-founder and CTO at Neuro-ID. “Matt started in robotics and has held key positions in multiple risk and security startups since 2004. I couldn’t be more excited about Matt joining the team. He’ll bring both immediate and long-term strategic value to the company.”

What attracted you to Neuro-ID?

There are three things, the technology, the business and the people.

First, the technology. I’ve worked in security for most of my career and I’m always looking for technologies that give a sustainable advantage over the bad guys. Anything that makes it fundamentally hard or expensive to defeat is more likely to be effective over the long term. Neuro-ID’s technology of detecting when someone interacting with a form is behaving like a human feels like it will be like this – as faking that signal feels fundamentally difficult. 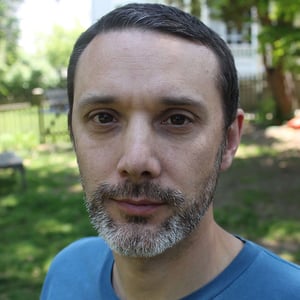 I am also attracted to the business. In my experience security companies do better when there is a clear way to figure out the ROI, which for fraud is easy – it’s a dollar loss that you are making smaller. And businesses do really well when they can go beyond reducing losses to increasing revenue and profits, which is what the friction index is intended to do.

Lastly, the people. I have worked with some of the people at Neuro-ID before and I’ve been very impressed with the people I’ve met. I’m looking forward to working with the various teams and in the incredible culture they’ve created.

What most excites you about this role?

I love working with data and using data to enable a business. And I’ve spent a lot of my career doing that, using data to evaluate IoT security postures, determine better firewall policies or detect and remove malware. I’ve also been looking to move into the financial or fraud space, so this seems like a great fit!

Give us some insight to Matt outside of work.

I’ve been building an ice rink in my backyard for several years now – my kids play hockey, and I coach and recently started playing myself. I got fed up with the “those who can do, and those who can’t teach” adage and decided to learn to play myself. The pandemic has caused a pause on my hockey, but I can’t wait to get going again.

Also, in the summer I enjoy wakeboarding and water skiing. I am lucky enough to have a place on a small lake in Maine and I try to go pretty much every morning when the lake is flat (which is often very early so it fits before work...)

Primarily, Matt will be responsible for unlocking even more value out of Neuro-ID’s Behavioral Data for current roadmap deliverables.  More specifically, he will focus on key initiatives such as AO Optimization, future applications of ATO, Mobile Signals, R&D, etc. What’s more is Matt also has expertise in software architecture and will be able to assist the Engineering team on other major objectives.

Welcome to the team, Matt.

Schedule a Demo with Neuro-ID